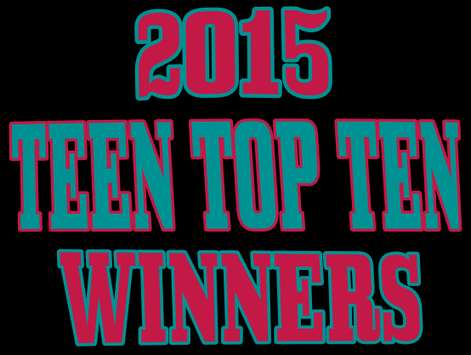 #1.   THE SHADOW THRONE
(The Ascendance Trilogy book 3)
by Jennifer A. Nielsen
War is on the horizon in Carthya, and Jaron needs to protect his country. However, the ruler of Avenia has also captured Jaron’s best friend and love, Imogen. Jaron needs to save both his friend and his country, but everything that possibly could go wrong, does go wrong.
#2.   I BECOME SHADOW
by Joe Shine
Ren Sharpe was abducted at fourteen, chosen by the mysterious F.A.T.E. Center to become a Shadow: an unstoppable guardian of a future leader/world changer. After four years of training, she is assigned to protect Gareth Young, one of these future beings, an easy assignment, until a team of trained and armed professionals attempt to abduct him in broad daylight. With nowhere else to turn, Ren breaks F.A.T.E. rules and tracks down the only person she can trust; a fellow Shadow named Junie Miller, and decides that her kidnappers may be able to see the future, but they are unprepared for the killing machines they've created. 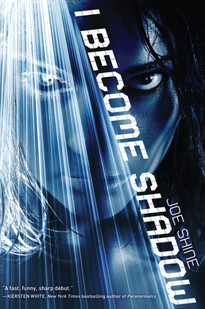 #3.   TO ALL THE BOYS I'VE LOVED BEFORE
by Jenny Han
Lara Jean has a teal hat box under her bed filled with all her precious things, old feelings, and memories that should be buried forever. In that box, there are letters Lara has written to all the boys she has ever loved with no intention of ever sending them. One day, the hat box goes missing, marking the beginning of a series of confrontations she never thought she’d have to face.
#4.   MY LIFE WITH THE WALTER BOYS
by Ali Novak
As the perfect girl who had everything scheduled, always looked nice and studied hard, Jackie couldn't predict her parents’ accident. She also didn't see her future consisting of moving from New York to Colorado and living with twelve boys. How can she cope with her parents’ death, a dramatic change in lifestyle while still being the perfect girl she was?
#5.   HEIR OF FIRE
(Throne of Glass book 3)
by Sarah J. Maas
Celaena, the King’s Champion, has faced many challenges throughout her life, but none compare to what she must now face. As the King of Adarlan seeks to destroy all that she cares about, Celaena must learn to control her powers while deciding who should fight back: Celaena the assassin or Aelin the Fae princess.
#6.   THE BANE CHRONICLES
by Cassandra Clare
Magnus Bane, the mysterious High Warlock of New York, has been alive for a long time and has a mysterious past unknown to most of his companions. In this thrilling novel, secrets and stories are revealed, of lovers, of adventures, and of friendships.
#7.    THE YOUNG ELITES
(The Young Elites book 1)
by Marie Lu
Adelina Amounteru is a survivor of the plague, a Malfetto, a freak to the rest of society. The treatment of abuse over the years has caused a darkness to brew inside her. She believes there is hope for her yet as there is a group of other Malfettos, called the Young Elites. The Young Elites have not only survived the plague, but have developed unexplainable abilities. Is refuge with these people what Adelina always wanted, or are they just going to end up using her like everyone else?
#8.   THE KISS OF DECEPTION
(The Remnant Chronicles book 1)
by Mary E. Pearson
As Lia tries to run from her bounty hunters, she begins uncovering one of her kingdoms deceptive secrets, hidden by the years passed. Meanwhile, she begins falling in love with two men who are not who they seem to be.
#9.   SINCE YOU'VE BEEN GONE
by Morgan Matson
Emily and Sloane are the bestest friends having an amazing summer, until one day Sloane disappears.
Sloane leaves behind a to-do list of 13 tasks Emily would normally never try without Sloane by her side. With the help of Frank Porter, and a few other friends, will Emily finish the list?
#10.   THE GEOGRAPHY OF YOU AND ME
by Jennifer E. Smith
Lucy and Owen get stuck in an elevator in a New York City blackout. When they finally get out of the elevator, they spend the night looking at the stars. Soon after the blackout, Lucy moves away to Scotland while Owen heads out west. With that night ​in-grained into their minds, they try to stay in touch with each other while trying to figure out what that night truly meant for both of them.